The Facts on Plastic: Lake Superior is not immune

According to scientists, areas of the Great Lakes are littered with concentrations of plastic waste that matches or exceeds that the oceans’ most infamous masses of floating garbage. While the majority of these ecology-altering eyesores are located adjacent to population centres in the lower Great Lakes (one study estimated that Toronto’s Don River along contributes a whopping 650 kg of plastic trash per year to Lake Ontario), Lake Superior has not escaped the plastic scourge. 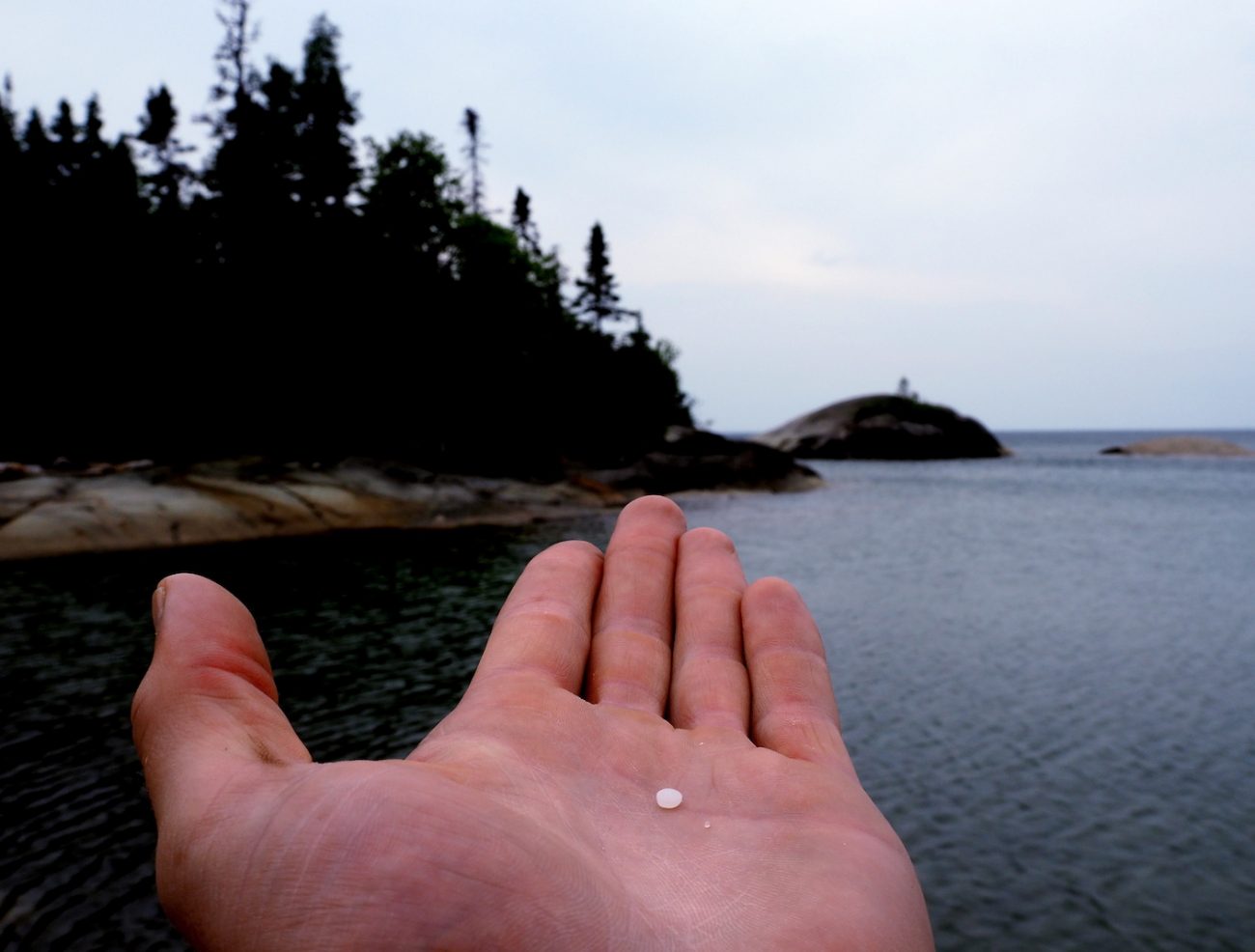 Lately, guides have documented the arrival of nurdles — plastic beads used in the construction of rotomolded sea kayaks, among other food-grade applications — radiating across hundreds of kilometres in the decade since a 2008 derailment on the Canadian Pacific Railroad on Nipigon Bay. Last summer, NSA’s Jake O’Flaherty collected the lentil-shaped pellets at numerous campsites on the Superior Highlands and Pukaskwa coastline, including McCoy’s Harbour.

Like many environmental problems, plastic is a paradox. In everything from medical equipment to fleece sweaters and kayaks, these molecular chains of hydrocarbons have improved our lives with lightweight, durable products. But durability is also plastic’s achilles heel. It’s slow to breakdown and when it does, tends to decompose into smaller and smaller particles—known as microplastics—which fly and float through the environment in near-perpetuity. Researchers are just beginning to document the impacts of ingested microplastic on fish and wildlife (from torn intestines to tumours, the results are pretty); and a the results study released in October 2018 demonstrated that our own guts are likely laced with the stuff.

What’s more, we do a terrible job of recycling the plastic. Only 8 per cent of plastic in Ontario is recycled. It seems like the feel-good notion of recycling simply gave manufacturers the social licence needed to create more plastic.

Slowly, things are changing. No one denies that plastic waste has emerged has a global problem. Jurisdictions around the world are banning single-use plastics. Like so many others, we’ve endeavoured to reduce our dependency on the stuff at Rock Island Lodge. Action is the best antidote to despair. We’re certain Naturally Superior guides will continue to return with beachcombed flotsam in their kayaks’ hatches.